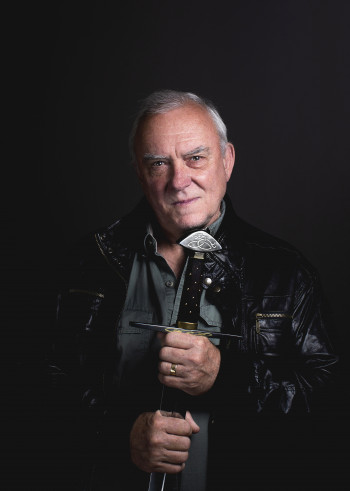 Robert John MacKenzie is an experienced educator with an abiding enthusiasm for medieval history and literature. He has traveled extensively throughout Europe, exploring museums, castles, and battlefields. After living for years in Asia and Europe, he now resides in northern California. 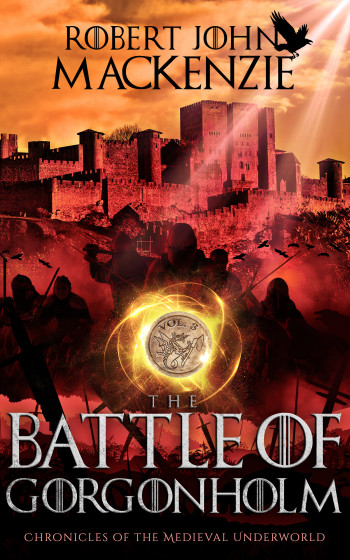 In this third installment of the Chronicles of the Medieval Underwrold, a primordial force strikes the countryside, causing death and destruction in its wake. It's up to Thurmond, Sarah, Roscoe, and Torgul to figure out what's happening and stop it before a war breaks loose.

After years of difficult missions and escaping death, Thurmond and his witch companion, Sarah, have finally been initiated into the Brotherhood of the Underworld Adventurers. Their dedication is tested quickly as the people of Gorgonholm have fallen under a dark and dangerous spell—wives poison husbands, old friends viciously attach each other and, most importantly, the wild neighboring Keltin clans plan to invade and slaughter them all.

To save the city, Thurmond and his steadfast comrades are tasks with finding Malaichai, the only wizard powerful enough to defeat this eldritch force. Their perilous journey is filled with old foes and haunted traps. Worse yet, the wizard Malachai has gone made with necromancy and has an obsession with melding humans and animals to create hybrid creatures. Their mission keeps getting stranger, but with a war quickly approaching, the crew will risk anything to save the people of Gorgonholm.

From the subterranean vaults of a malicious necromancer to the crash and chaos of a medieval battlefield, The Battle of Gorgonholm will have you on the edge of your seat rooting for the unlikely heroes.

Book Bubbles from The Battle of Gorgonholm 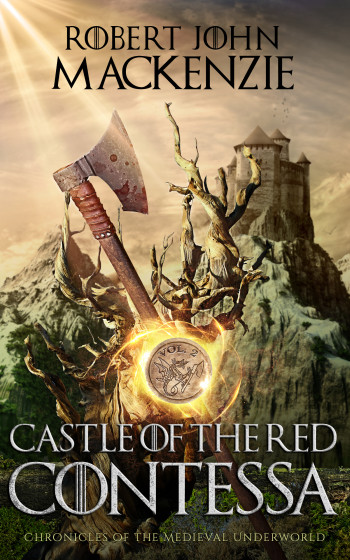 Castle of the Red Contessa

“Fantasy fans will take a dive dive in this lavishly detailed story.” —Kirkus

Despite the success of their first adventure, Thurmond and his companions, Sarah, Roscoe, and Torgul, are out of money and about to be expelled from their new home at Grimsgard. The only solution—a raid on Castle Sathas, the home of an infamous witch-cult.

To get there, they must undertake a long and perilous overland journey through a wilderness rife with ruthless bandits, voracious wolf packs, and greedy robber-knights. Along the way, their every step is shadowed by an unseen nemesis bent on their destruction.

Beset by treacherous landscapes and deadly enemies, it seems their quest is doomed to fail. And even if they win through, will they survive the ancient evil waiting in Castle Sathas?

Throat-gripping and unpredictable, Castle of the Red Contessa takes the reader on a heroic quest of rousing medieval adventure.

Book Bubbles from Castle of the Red Contessa 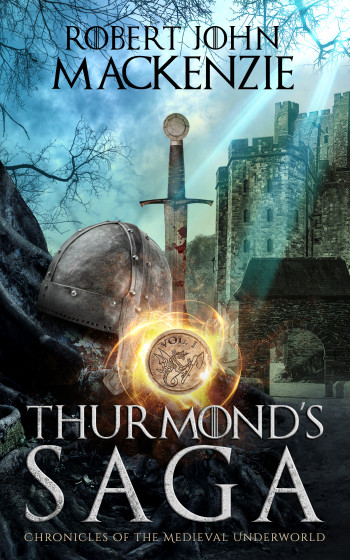 Thurmond, an unlikely hero, may be young and poor, but he dreams of fighting with the famed Brotherhood of Underworld Adventurers, an elite group of warriors that slay monstrous creatures for the promise of gold. When his lack of skill leads the Brotherhood to reject him, Thurmond sets out undeterred to gain experience in the grungy, medieval streets of Gorgonholm.

There, he steals a map leading to a legendary goblin treasure and recruits other outcasts to accompany him on his quest: Sarah, a young witch; Roscoe, an ex-Adventurer; and Torgul the dwarf. As they set off on their perilous journey, two groups of rival treasure-seekers plan to steal the riches, putting Thurmond and his companions in grave danger. When they arrive at the end of the map, they realize that they've been followed and, worse, the goblin treasure is hidden in a labyrinth guarded by vicious creatures. Suddenly, the quest is more complicated and dangerous than the crew could have ever imagined.

Filled with fascinating historical details and a few supernatural surprises, this action-packed debut novel will have you on the edge of your seat as Thurmond and his band of misfits try to escape a rotting goblin den and make it back home with their lives intact.

In the grim medieval streets of Gorgonholm, Thurmond dreams of joining the Brotherhood of Underworld Adventurers, elite warriors that slay monstrous creatures for the promise of gold. Filled with fascinating historical details and supernatural surprises, Thurmond’s Saga will keep you turning pages as the hero and comrades try to escape a rotting goblin den and make it back home with their lives intact.